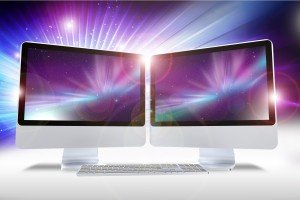 Following on from our “how to” guide on merging PDF documents using Infix, we’ve become aware that not everyone uses this feature, partly because they don’t have the need or don’t understand why merging different PDF documents may be beneficial to their workload.

Projects with multiple team involvement – a project that has more than one person or team involved will end up with documents being submitted from every angle; for example, a proposal for a new housing development will include reports from engineers, architects, environmental agencies and builders, not to mention the original proposal documents. If these are all sent in various file formats, they can all be saved as PDF documents and then merged, so the presentation can then be made using only one big document will all team input and conclusions in one place.

Archived documents – places such as records libraries will have thousands of files saved electronically, but as separate documents rather than one big record. Merging these files as PDFs in groups will mean that searchers have less to work through, cutting down time spent trying to find a document. It may also be that during the process of turning paper documents into electronic files, merging is performed automatically.

Estate agents – If an estate agent has leased a property, there will be a lot of forms for the potential tenant to fill in that will then need to be sent back to the landlord before the rental agreement can proceed. However the files are sent to the tenants, they can be saved as PDFs electronically once filled in, and then merged into one big document to send to the landlord, saving time for all concerned.

As in the guide on our blog, Infix allows users to merge multiple documents, but it is important that when documents are merged, they are proofread before being sent on as a final version. This is because cover pages may have also been merged and need removing, headers and footers may need editing and there should only be one table of contents, so any additional should be taken out.