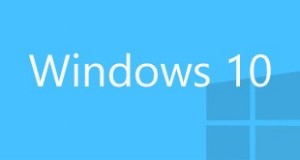 Microsoft have finally caught up with MAC OS X and included Print to PDF as a direct feature for any document in Windows 10 that is open in a text editing program that can be printed from, such as Microsoft natives Word or Notepad, or third party programs like LibreOffice. This also applies to any file, not just text documents.

The Print to PDF function has long been on many users’ wish lists for Windows, as previous iterations of the operating system have either forced users to open their documents in

Microsoft XPS Document Writer before allowing the option to print – seemingly simple on paper, but no so much in practice, or made them download third party software to get the job done. Many users reported problems with the XPS Document Writer such as freezing, hanging and administrator issues, and others didn’t want to download third party programs to their devices, so this latest development for Windows 10 is very welcome!

The new option is available in the File>Print menu and simply named “Microsoft Print to PDF”; this is different to the “Save as PDF” function (which Windows HAS had for a long time) as it will only translate the info that will be available on the printed page, so features such as metadata, hyperlinks and bookmarks won’t be visible to viewers of the “printed” PDF file.

Windows 10 was released to the general public on 29th July and is still available as a free upgrade to any existing Windows 7 or 8.1 users (using genuine copies of the software) Change of architecture editions is not supported; these require a clean install.