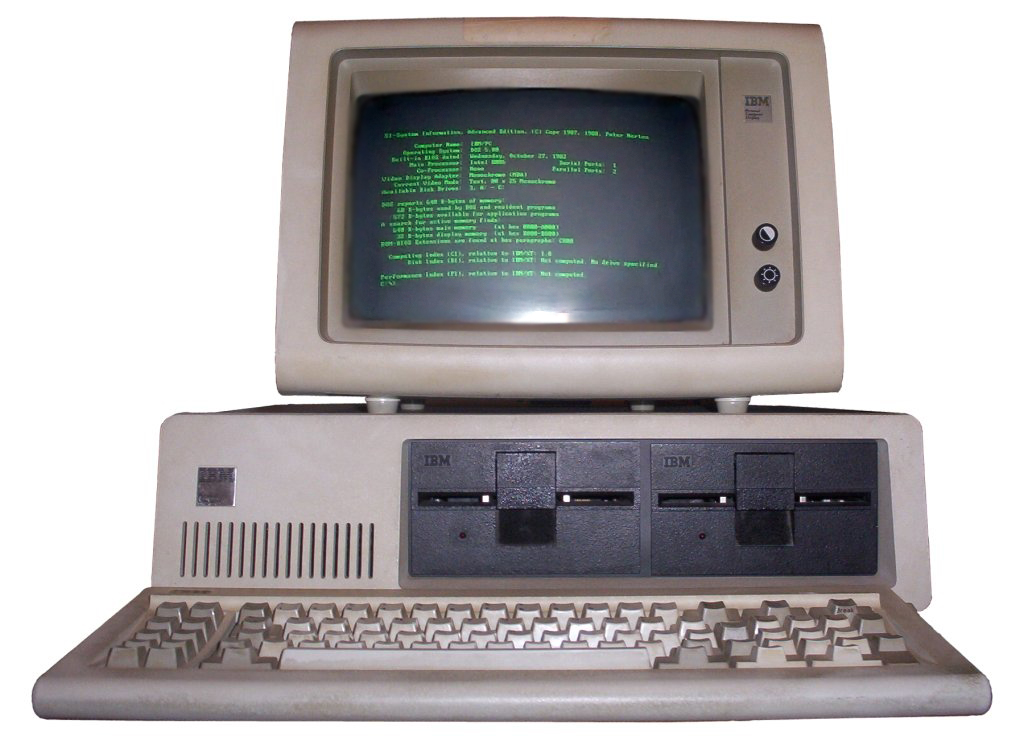 MS-DOS occupies a prominent place in the history of PC operating systems. An abbreviation of Microsoft Disk Operating System, it was widely used prior to the introduction of Windows in 1985. The program was initially requested by IBM, who required operating software for a range of personal computers. MS-DOS 1.0 was launched by Microsoft on August 12 1981, having been adapted from 86-DOS, which was written by programmer Tim Paterson for Seattle Computer Products.

Unlike most operating systems used today, MS-DOS was a non-graphical (text based) command line system. Version 1.0, which was used for the IBM PC (5150), supported only floppy disks. This particular family computer was unusual for an IBM – both hardware and software comprised commercial parts produced by other companies, including an Intel microprocessor. Much of the credit for the standardisation of PCs is attributed to early IBM models, including the 5150, which were introduced in order to fend off competition in the swiftly growing personal computer market. Despite early critics claiming that IBM would seriously struggle to succeed in the personal computer market, the 5150 with MS-DOS was a great success, becoming the archetypal PC and operating system.  Even IBM had seriously underestimated the market for their creation, with some sources saying that their predictions for sales fell short as much as 800%!

The popularity of the 5150 not only secured IBM’s place in the consumer market, it also spelled revolution for what was still a relatively new market. The majority of PCs had previously been made to utilise proprietary software – on the advent of the 5150, more and more machines turned to standardised operating systems. Hardware changed too, with machines becoming more similar than before in order to meet customer expectations of what PCs should be like. For this reason, the IBM PC has been held responsible for effectively ‘killing off’ a lot of the diversity which previously existed within the market.

For better or worse, the IBM PC 5150 was a game changer. Joined on the market by the IBM Personal Computer XT (5160) in 1983 and by a series of other contemporaries, the 5150 was discontinued in April 1987 – but not before making an indelible mark on the PC industry.