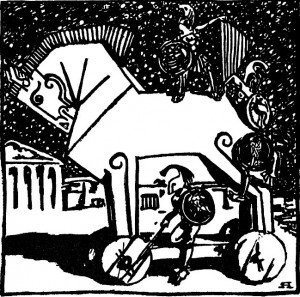 The Origins of the Term “Trojan Horse” 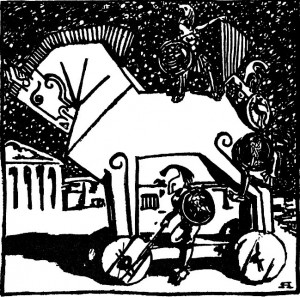 As developers, we’re aware that some of the lingo we speak as our “native language” perhaps isn’t used in the same way by those not in the same sector. When we talk about a Kernel Data inpage error we’re not discussing problems with our favourite breakfast cereals, and if you overhear us chatting about the cloud it doesn’t mean we’re debating whether one looks more like a sheep or a ball of cotton wool – so we’re well aware there are often times (usually in the café), we might get some strange looks.

One of the most interesting terms this applies to is “Trojan” or “Trojan horse” – the original Trojans of course were inhabitants of the ancient city of Troy, but we hear more now of Trojans in the computing world as malicious computer programs that try to capture user data for fraudulent purposes. So why has this term become well known with the computing world?

The term “Trojan Horse” comes from the legend originating around the downfall and destruction of the city of Troy in roughly 1180 BC. After a ten year siege with the Greeks, in which the Trojans closed their gates around the city (which was also protected by massive walls) and in essence created a stalemate, the city was virtually impenetrable and the Greeks were getting fed up; they had camped on the banks of the River Scamander (presumed to be the modern Karamenderes) for 10 long years and had made virtually no headway into gaining access to the city. Troy still had access to the rest of Europe via the shortest point at Abydos (an ancient city until late Byzantine times) and their allies as the Greeks only controlled the entrance to the Dardanelles (one of the world’s narrowest waterways) so was never completely besieged, and as such was still able to take part in trade. Nobody was starving and the Greeks had had enough.

According to legend, Odysseus, Greek king and leader of his army, plotted to trick the Trojans into thinking the Greeks had given up on the war. The entire fleet of Greek ships sailed away one night after burning their camp, leading the city to believe they’d gone for good. The gates were thrown open and the city rejoiced and partied, revelling in their freedom. Venturing onto the sands, they discovered a giant, hollow horse made from wood, inscribed with a dedication to Athena (Goddess of Wisdom & War) as a thank-offering for their same passage home. The Trojans dragged the horse inside the walls of the city and made the horse part of the celebrations – interestingly, Cassandra (daughter of King Priam and considered insane as she made prophecies that nobody believed in) and Laocoön (Trojan priest) warned against keeping the horse but these were not heeded (and Laocoön died soon after; accordingly to legend, he was killed by sea serpents alongside his two sons).

The Greek fleet, once out of immediate sight, had turned back and were waiting at Tenedos (an island in the Aegean Sea) for a signal. A Greek spy, Sinon, saw the moon rising and signalled the fleet to return; at the same time, Greek soldiers emerged from within the horse and set about killing the guards.

Upon return of the Greek fleet, soliders stormed the city (as the gates had been opened by the soldiers hidden within the horse) and set about ensuring the destruction of Troy. The Trojans put up a valiant fight but as they were disorganised and unprepared, eventually the Greeks won and the city burned. This decisively ended the Trojan War, and led to the legend of the Trojan Horse being told. The term itself is metaphorically known to mean a situation in which an enemy has tricked their foe into allowing access to a securely protected place of safety, and in computing terms, a “Trojan Horse” is a program that tricks users into willingly running it, but it is not really the program it is disguised as.

Trojan Horses, or just “Trojans”, differ from computer viruses and worms in that they do not typically attempt to take over other files; they run mainly to allow access to the device in question by unauthorized persons. The motives of the attacker vary but typically involve data corruptiuon, malware spread and file modification or deletion.

The site of Troy is now a UNESCO World Heritage Site and is a huge tourist destination site, attracting thousands of visitors every year.