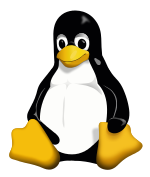 Linux celebrates 25 years of being Awesome!

In the furore of the WWW turning 25 on August 23rd, you might be excused for overlooking the birthday of Linux, which turns 25 today, on August 25th! But you shouldn’t be really, as the OS has come a long way since developer Linus Torvalds first asked for help on his personal coding project to create a new, free operating system kernel, and nobody could have predicted how Linux, or Freax as it was originally known, would grow!

Development of the Linux kernel began and in September 1991 the original files were uploaded to the FTP server of FUNET (Finnish University and Research Network) where Torvalds was based.

1993
In an interview with Meta Magazine, Linux Torvalds states that if 386BSD had been available at the time, he probably would not have created Linux

1994
Issues with the trademark of the name Linux came to light when William R. Della Croce, an attorney in Boston, filed for it and then demanded royalties from Linux distributors. This was not resolved until 1997 when the trademark was then assigned to Torvalds.

1996
The FSF (Free Software Foundation) withdrew sponsorship of Debian, one of the most popular Linux distros

1997
Titanic, the highest-grossing film of all time upon release, was the first major film to be produced on Linux servers.

1998
A new search engine comes to the fore – the Linux based Google!

2000
No issues to report here with the turn of the Millennium, with news in Feburary that Linux was the second-most-popular operating system for server computers according to the IDC report.

2003
Motorola release the A760 mobile handset, the first to use Linux. The phone offered full multimedia PDA functionality, built-in camera, Java technology and the Linux OS – a world first!

2004
Ubuntu released in October, now the most popular Linux distribution among the top 1000 sites

2005
Android Inc acquired by Google and developed into a mobile device platform powered by the Linux kernel. Android is now the dominant OS for smartphones and has the largest installed base of all operating systems.

2009
The traditional Linux mascot, Â¬â Tux, took a holiday during the 2.6.29 kernel cycle and was temporarily replaced with Tuz, a Tasmanian Devil. Tux returned with the Linux 2.6.30 kernel.

2010
Linux 2.6.33 is released, including Nouveau driver for Nvidia graphic cards, support for Nintendo Wii and Gamecube devices and many small bugfixes and improvements

2011
First release of LibreOffice, the most actively developed office suite that is free and open source.

2012
Dell announce the launch of Project Sputnik, focused on bringing Linux to “ultrabook” style laptops with touchscreens aimed at the developer market.

2013
Firefox OS (project name Boot to Gecko) released. This has been developed by Mozilla and is based on the Linux kernel. Most recently, it has been announced that Firefox OS will power Panasonic UHD TVs.

2014
LinuxMint classed as the best desktop distro of the year