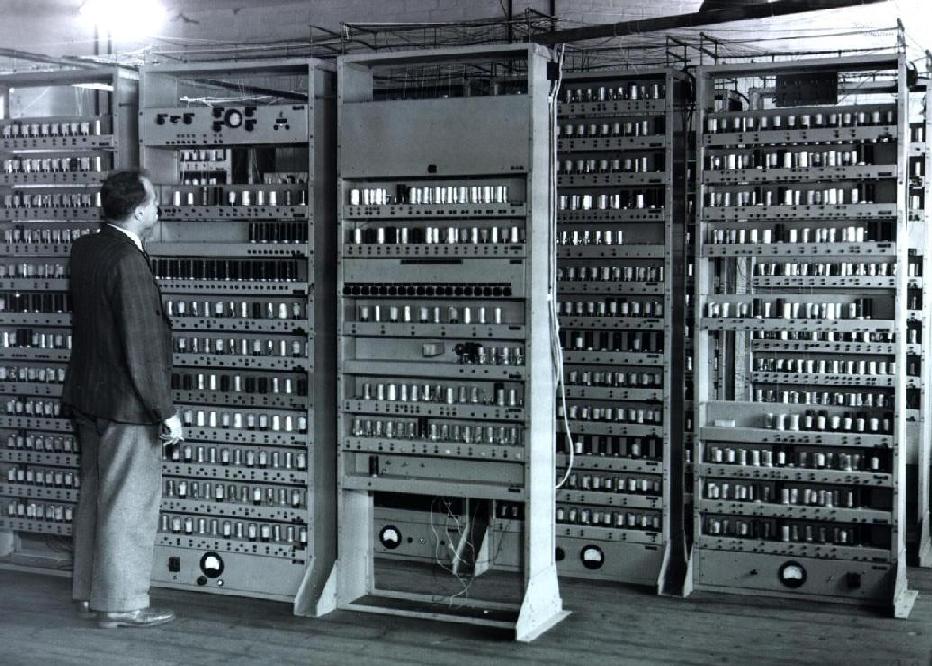 Anniversary of the EDSAC’s First Calculations

With early and significant breakthroughs being made in computing during the 1940’s, the Electronic Delay Storage Automatic Calculator (EDSAC) earned its place in the history books as this first example of a stored program computer, which performed its first calculations at the University of Cambridge on 6th May 1949 in the form of a list of prime numbers and table of squares calculations.

The machine itself was built by Maurice Wilkes, a computer scientist who was a Director of what was later known as the Computer Laboratory at University of Cambridge.  Wilkes together with his team which included Bill Renwick as Chief Engineer and David Wheeler a Research Student, were able to construct the first practical stored program computer, designed to be the world’s first computer for users, able to carry out various scientific and mathematical tasks to aid research work for the University.

Wilkes was influenced by the pioneering work of John von Neumann, a great mathematician and physicist, and the design of the EDSAC incorporated the use of Mercury delay lines for memory and logic was provided via the use of derated vacuum tubes.  Technology was based on thermionic valves, and Input and Output provided by a five punched tape and teleprinter.  EDSAC featured 18 operational codes, 512 words of memory later extended to 1024, with instructions estimated to be executed at 650 per second.  The unique design enabled the speed of calculations to be increased by 1,500 times that of manual calculations.

The machine was used by a number of scientists, mathematicians and engineers in their research, playing an important role in the work of the Nobel Prize Winners John Kendrew and Max Perutz, Andrew Huxley and Martin Ryle, all of whom mentioned the machine during their acceptance speeches.

Financial support for the development work of Wilkes’ team came from a number of sources, one such company was J Lyons, with the EDSAC proving to be the forerunner of their LEO I Computer, the first example of a commercially applied computer.

The EDSAC was operational within the University for nearly 10 years before being superseded by EDSAC2 which was developed by the same team.  A team of volunteers at the National Museum of Computing have set about building a replica EDSAC, a challenging task as only partial documentation and photographs remain in existence of this significant and pioneering element of computing history.