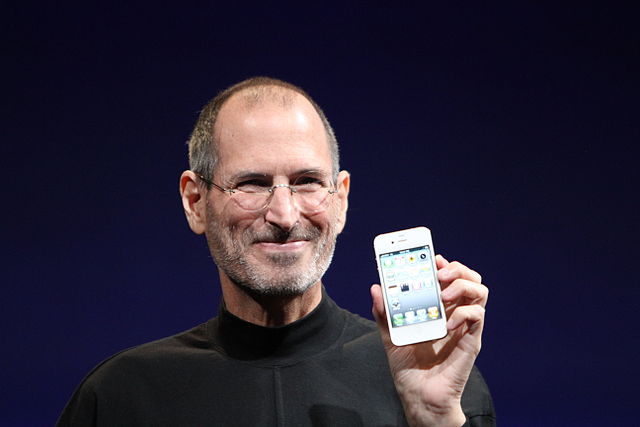 October 5th 2014 marks the third year since the tragic death of Steve Jobs. During his life, Jobs became one of the world’s best known entrepreneurs and inventors – his name was synonymous with his company, Apple. Before and after his death, he acquired a number of unofficial titles which serve to demonstrate the extent of his impact on computing, with just two being ‘Father of the Digital Revolution’ and ‘Master of Innovation’. We thought we’d take this opportunity to celebrate Jobs’ life and to explore his interesting career.

Steven Paul was born in San Francisco on the 24th February 1955 to Abdulfattah “John” Jandali and and Joanne Carole Schieble and was adopted by his parents, Paul and Clara Jobs as a baby. A naturally intelligent child, Steve was encouraged academically by both his parents and was introduced to basic mechanics and electronics at a young age.

On completing school, Steve briefly attended Reed College before dropping out, instead concentrating on calligraphy drop in courses and other creative pursuits. When he became better known, he attributed a lot of his success to this time.

On becoming friends with Steve Wozniak, Steve managed to get a job as a technician at Atari. As the years progressed, he gained expert knowledge of the industry, and working with the technically brilliant Wozniak, went on to found the Apple Computer Company. Based on Wozniak’s Apple 1 PC and with Jobs’ charisma and ability to get customers and talented staff on board, the company began to grow relatively quickly. Disagreements between Steve and John Sculley led to Steve being put into a role in which he had no direct influence on the business, so he left and resigned as Chairman in 1985.

Over the following years, Steve founded NeXT Inc. and then purchased The Graphics Group, which later became Pixar. Following the release of several high profile films in collaboration with Disney, the company was purchased by Disney – in the process making Steve Disney’s biggest shareholder.

In 1997, Apple purchased Steve’s NeXT business and he returned to working with the company, helping it to return to a more profitable state and encouraging focus on the most innovative and saleable projects. In the years that followed, Apple went from strength to strength, with products launched under Steve taking the world by storm!

Sadly, in 2003 Steve jobs was diagnosed with pancreatic cancer and despite various treatment attempts he died of the disease in 2011. His drive continuing right up until the end, Steve took leave from work in January 2011 and then resigned from Apple in August 2011, just two months before his death. One of the greatest entrepreneurs in living history, it is likely that he will be remember for generations to come.